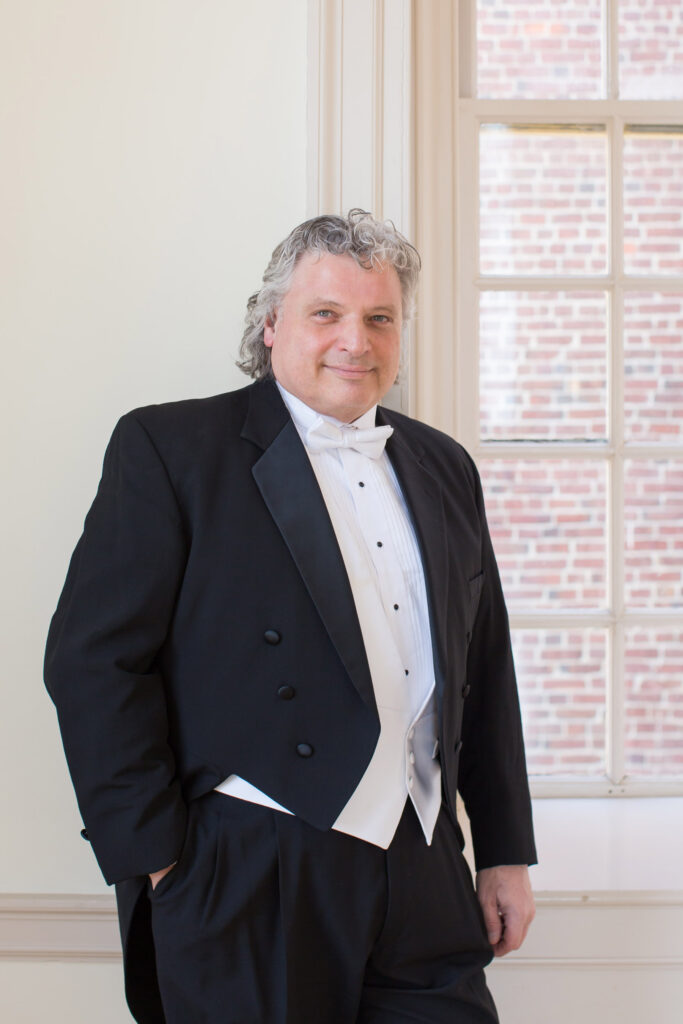 As a conductor, composer and broadcaster, Boston native Steven Karidoyanes brings a wealth of musical experiences to the podium.

This is Mr. Karidoyanes’ 29th season as Conductor and Music Director of the Plymouth Philharmonic Orchestra.  It is also his 19th season conducting the New England Conservatory Youth Symphony, leading concerts in Boston’s most prestigious concert venues and in past concert tours of Italy, Greece, Costa Rica, Eastern Europe, Ireland and Spain.  Since 2008, he is also an understudy conductor for the Boston Pops Orchestra. He made his Boston Pops conducting debut in Symphony Hall in December 2016.

For a decade Mr. Karidoyanes was Music Director of Boston’s Masterworks Chorale, conducting choral/orchestral masterworks in Harvard University’s Sanders Theatre.  He has also held the posts of Music Director of the Boston College Symphony Orchestra, Associate Conductor of the Winston-Salem Symphony and Greensboro Symphony orchestras in North Carolina, and Assistant Conductor of the Rhode Island Philharmonic. He has served on the faculty of the Boston University Tanglewood Institute for ten seasons, and on the conducting faculty of the New England Conservatory.

Complementing his performing activities, Mr. Karidoyanes is a composer and member of ASCAP. His composition, Yerakína: Dionysian Dance for Orchestra, was written for and premiered by the Pittsburgh Symphony Orchestra, and has already been performed by the Boston Pops. His Café Neon: Fantasy on Greek Songs and Dances has been performed over forty times by two dozen orchestras coast to coast plus Italy, Greece, and Australia. A classical music announcer/producer, Mr. Karidoyanes has worked for National Public Radio affiliates in Boston, North Carolina and Indiana.

Steven Karidoyanes holds a Bachelor of Music Degree from Boston University and received training in orchestral conducting at the Canford School of Music in Dorset, England, where he studied with the renowned British conducting coach, George Hurst. Additional orchestral studies earned him the Outstanding Graduate Student Award for two consecutive years from Ball State University in Indiana.

Mr. Karidoyanes lives in Boston with his wife, Amy. They have two sons, Michael and Nicholas.